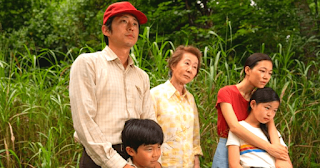 The message by Hollywood, and really the American culture at large, to Asian people in America has long been clear as day. "We don't give a damn what those papers say, you slit-eyes, or how much you contribute to our country and to our communities, or how proud you are to call yourselves Americans. You will never, ever, EVER be American ENOUGH in our eyes."

"Minari," it should be noted, is a film produced by Americans; filmed, directed, and edited by Americans; features a cast made up of mostly Americans, including the lead actor; and tells the story of a family of Americans trying to live out the American Dream. It's the type of tale that Americans of all stripes and colors love to tell about ourselves and our ancestors: an immigrant family striving to make good in the Land of Opportunity™.

And on a personal level: while my own family's story was set in urban Florida rather than rural Arkansas, many of the details from the plotline are deeply familiar to me: a multi-generational immigrant family working earnestly to become acclimated and to set down roots in our new surroundings, and aiming to achieve our own American Dreams in whichever form they come — complete with the ever-present cultural and language barriers that are part and parcel of every immigrant tale.

In shunting this quintessentially American story to the "Foreign Language" category, the Golden Globes aren't just depriving those involved in the making of this film a chance at winning the top prize. They're also declaring — in the subtlest of ways to most, but in a direct and visceral manner to not just Asians, but to anyone in America who grew up in a non-English speaking household — that their own stories and experiences don't matter; that they, too, will never, ever, EVER be American enough for them, either.
Author Kei Teay Time: 03:40 No comments:

Dispatch from a Failing State 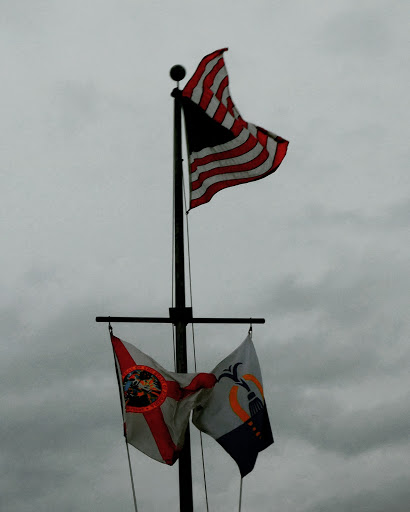 "Any society built on a defective foundation is destined to collapse" 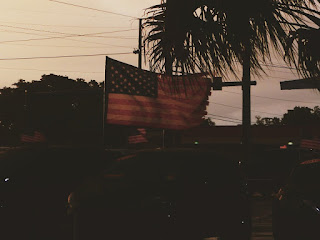 It's almost impossible to find the right set of words to describe the current state of America... but to me, the chaos, the dysfunction, the instability, and the open revolt that have marked our nation over the past few weeks and months is revealing this basic truth for all to see:

America as we know it is sounding its death rattle.

More to the point: America, from what I can see, is facing no less than FOUR catastrophic failures all at once, any one of which is serious enough on its own to bring this country to its knees, if not leave it lying on the ground.

On some level, it should be utterly inconceivable that these four existential crises — the unleashing of racial tensions and the resulting violent repression bordering on an authoritarian takeover, taking place against the backdrop of a global pandemic and the resulting mass death as well as an economic meltdown — would take place simultaneously.

On another level, though, considering the historical and social realities of this country, it feels almost karmic that the very worst sins of our nation's past and present have all come home to roost at precisely the same time. To wit: you could easily trace each of them back to an unsavory aspect of the American experience.

A 400 year-long refusal to acknowledge, fully reckon with, or soberly address the (ongoing) discrimination and atrocities committed against the Black and Native American populations, which were later extended to the Asian and Hispanic populations? Check.

A centuries-long pattern of pursuing regional and global domination through ever-escalating shows of nihilistic violence, dating back to Manifest Destiny and highlighted to this day through a costly, perpetual, and Sisyphean "war on terror?" Check.

The decades-long neglect and whittling down of basic public goods and services, which, instead of going from strength to strength through the years, wound up leaving cities, states, and even the feds to survive on, and engage in battles royal for, increasingly meager rations? Check.

A cascade of economic, financial, and operational decisions that have benefited an infinitesimal percentage of Americans at the expense of the rest of the country, and created the level of inequalities that have raised comparisons to the Gilded Age? Check, check, check, and check.

There's no way of getting around it: these simultaneous implosions are the direct consequences of America's utter failure to recognize — let alone confront and/or correct — its wrongs, both recent and historical. America long ago made a conscious decision to accept, and even embrace, its own insanity; in trying to normalize racism, violence, polarization, neglect, and injustice, America allowed so much pent-up anger, despair, and powerlessness to build up within society that their eventual, explosive release was a foregone conclusion.

Cornel West was spot on in his assessment: we are indeed witnessing America as a failing social experiment.

The most troubling aspect of all this: the near-absence of comprehensive, reasonable, or even semi-viable policy responses to all of these crises at the state and federal levels suggests that the power brokers are not only incapable of resolving these issues in a proper manner, but may actually be perfect content with full-blown meltdowns being the solution to all to them.

Equally as alarming: millions of Americans are watching all of these catastrophes unfold in real time: the near-inhumane handling of COVID-19, which have led to 100,000-plus needless deaths; the actually-inhumane treatment of black people at the hands of law enforcement, a legacy that, again, stretches back some 400+ years; the brutal repression of peaceful protesters, the likes of which we would vigorously condemn had it occurred in any other country; mass unemployment and the ensuing lack of governmental support which have left millions fighting for survival; the combination of all four cataclysms leading to a further erosion of faith and trust in our institutions and in our society at large, to say nothing of a further erosion of optimism for our nation's future...

Millions of Americans have seen the chaos of the last three months alone, and have concluded that everything is going perfectly fine, that there is nothing wrong with the overall direction of our country. Millions may even feel that America ought to double-down on the shameless persecution of minority communities, the steady ascent of neo-fascism, the acceptance and justification of mass death, and every other hallmark of a failing state in supersonic descent.

For centuries, America has gone out of its way to portray itself as a land of true freedom, talked a big game about its dedication to ensuring liberty and justice for all, without ever fully backing up those claims. Today, America feels like it's further removed from its self-proclaimed aspirations than at any point in the living memories of my generation. It's surely no accident, then, that people my age and younger make up a huge percentage of those marching in the streets of our cities, and absorbing the realities of all the different American experiences, and generally trying its best to recreate a better, more hospitable, and more equitable America for everyone.

It's definitely encouraging to see the initiative being taken at the street level, because the alternative would have been to keep allowing the neo-fascist actors with brazenly malicious intent to drive our country down to hell in a hand basket. Ultimately, though, it comes down to those on our side of history — on the right side of history — having the willingness and the bravery required to work and fight for an America that actually lives up to its stated ideals; that is capable of fulfilling its vast, untapped human, cultural, and innovative potential; and that can truly be a shining beacon in the global landscape.

Or, if these aspirations feel a little too lofty at this moment in time, simply an America that is able to take good care of every single person who calls it home, and has a solid foundation on which it can be rebuilt.
Author Kei Teay Time: 06:15 No comments: