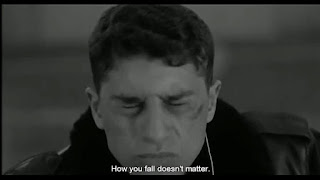 More than 12 hours after the outcome of the presidential election became obvious, and I'm still marveling at the breathtaking naivete of all these “is America really, really that racist/xenophobic?” posts popping up all over Facebook, Twitter, Instagram etc.

From the standpoint of racism and xenophobia, and how it had frequently dictated the conversation of the day during this whole campaign circus… I honestly wonder how many of you actually associate with people of color on the reg, and not just in the “oh, let me introduce you to my Asian friend Kenny!” way that makes you look like you’re only doing it to bolster your “colorblind” credentials.

I've said this quite a few times over the past year, and it bears repeating again: People who are stunned that a significant percentage of Americans would act upon their nativist/white supremacist impulses clearly have never been on the receiving end of their rhetoric, or felt the brazen disrespect and the palpable disdain that comes with it.

Seriously, ask any person of color in America if that kind of response from the closet (and open) supremacists on Tuesday seemed plausible. Ask any person of color if we believe that every kid who called us all kinds of names/slurs in our classrooms, our cafeterias, our jungle gyms could just “grow out” of that phase and change their ways as adults. Go ahead. Go right ahead. Ask us. God knows nobody did until the very moment the man who spent months appealing directly -- and with overwhelming success -- to those who harbored a long-seated resentment for people like me won the right to be the next preeminent face of this country.

Listen… me and my family moved from Japan to the US when I was a kid, and we settled into a mostly white, middle-class neighborhood. We lived next door to a retired couple; the wife seemed warm and friendly enough, while the old man was the stereotypical crusty, taciturn type. We got on well with the wife at least, even with the obvious language barrier in place.

One day, about a year or so after we moved in, my grandma and I were greeting each other after I had gotten home from school. Out of nowhere, the old man marched up to the edge of his side of the front yard. He then proceeded to call us unwanted foreigners and second-class citizens, before demanding we get out of his country. I couldn't really understand what he was saying at the time, but my grandma could -- after all, she had been one of the first "war brides" to move to America, and had faced down similar instances of racism and bigotry during her first spell in this country. She would later explain to me and my mom (after she'd gotten back from work) exactly what he had said.

I was still too young to fully process everything that had gone down, though I could still sense that whatever neighborly relationship we had at that point had totally disintegrated. It became obvious in the years that followed that we would never forgive the old man, a mentality that I held onto until the day he I found out he had passed. It showed in the disdainful glances we shot him on the rare occasions we saw him, and the way we talked about him afterwards. It showed in the lengths we went to disassociate with him, even building a fence between our house and theirs, in the middle of the tiny patch of land that separated us.

My grandma went so far as to prolong her own life, severely weakened as she was in her final years, in no small part from her desire to outlast him (which she duly did, god bless her).

His house sat vacant for a while after both he and his wife passed away; it has since become a revolving door for young families looking for a quiet and somewhat reasonably priced place to rent out for a year or two. But nearly two decades on, and I still haven't quite managed to separate the physical structure of the building from my personal history there. To this day, my mom and I refer to the old man using terms that couldn’t be printed in either Japanese or American newspapers. To this day, it still forms an essential part of my views about the American experience, the American society as a whole, and exactly what kind of space we occupy within that sphere.

The party line seems to be that things like racism, sexism, and xenophobia would gradually die away alongside the generation most likely to harbor them. But see… nah. Nah, man. It doesn't work like that in real life. The bygones cannot be said to be bygones when we are reminded of them on a daily basis.

Because here's the thing: No sooner than the retrograde traditions of the older generations “die away,” do their descendants begin fighting to keep them alive. The legacy of people like that old man has been kept alive by the same kind of kids who still go around flinging “Jap” slurs and Pearl Harbor jokes at random Asian kids in school, the way they did to me during my early years here.

Those same kids are adults today. They’ve all “grown up.” They’re all old enough to be parents themselves, which, I’d venture to guess, some of them have already become. To that extent: It’s not at all far-fetched to think that they’re teaching their own kids those same slurs about [insert minority group here] that they can use – and eventually pass down – in the future.

That kind of tradition doesn't simply recede into thin air. It mutates, takes on new characteristics, and continues on in a completely different form. To belabor the point: Our society, especially my generation, is not nearly as forward-thinking or "progressive" as we fancy it to be. We've simply gotten better at disguising our true sentiments and intentions, inventing new ways to avoid talking about the same problems that have plagued this country for as long as it has existed.

So the end game for the people of color becomes… what, exactly? Either keep trying to get away with being “one of the good ones,” and hope that’ll be enough to keep you out of harm’s way, or get even more used to living life with a near-zero sense of belonging, trust, security, or self-assurance indefinitely. In many ways, those have been the only options presented to us; now, there's more of an urgency to choose between the two.

The public has declared, in no uncertain terms, that we have no place in this country. But we all knew that long before the polls actually opened.
Author Kei Teay Time: 17:02