A brief note on American society 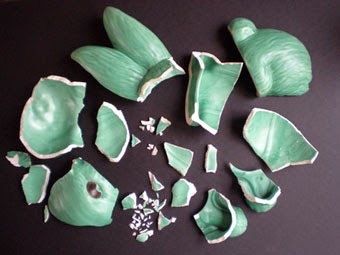 We all live here. We all make friends here, eat the food, watch the movies, maybe even make money. It’s just some people belong here, and others don’t.

Arthur Chu's recently-published article -- originally written after the Trayvon Martin trial, but made public after the Mike Brown incident -- struck a particular chord with me when I first read it this past week. Specifically, his anecdotes on growing up as an Asian in America, equal poignant and blistering, had me damn near tearing up, as I had lived through similar experiences myself as an immigrant child from Japan.

At a certain point in both of our lives, and in the lives of countless other Asians in America, we came to a harsh realization: We will never be considered as true Americans, as belonging in this country and its society, no matter how deep our roots on this side of the Pacific lie, or how well-integrated we believe ourselves to be. And to the extent that being American equals being white -- which it still does, even in 2014 -- this wake-up call is hardly exclusive to US citizens of Asian descent.

We frequently refer to American society as a melting pot: a unique, harmonious place where every world culture is represented and respected, and where everyone gets to contribute toward building a uniquely multicultural and kaleidoscopic society. Reality suggests that it's actually more of a filter, where everyone who doesn't fit the monolithic, borderline WASP-ish narrative is discarded from mainstream representation; at which point they're left on the outside, looking into the very country that they call home.

To steal a line from the late, great George Carlin: It's a big club, and we ain't in it.

America is not a melting pot. We do not live in a tolerant, post-racial society. The only difference between my grandmother's time, or even my father's time, and the present day is that the mainstream society has simply gotten better at masking its disapproval, distrust, and disdain for those people, not to mention asserting its dominance over our nation.

This explains why the concepts like the "model minority" and "perpetual foreigners" are still very real and relevant, why the phrase "one of the good ones" can still be used used without irony. This is why any attempt at discussing the ways in which this country has become divided and polarized --, not only along racial lines, but also increasingly along economic lines, is stamped out before it can begin in earnest.

This is why those who look to deconstruct the societal status quo of America, or even those who call out the injustices that result from that very setup, are swiftly accused of race baiting or playing the mythical race card. Bear in mind that "you're playing the race card" is really code for "I would rather not acknowledge, let alone seriously discuss, the privileges that we enjoy in our supposedly post-racial society, not to mention the institutional racism which has a profound effect on America to this day."

If America really were a multicultural society that it fancies itself to be -- where every citizen's background and cultural heritage found an expression under the umbrella of an overall national fabric -- then I would re-evaluate my own feelings about this country, and its society. I certainly would have been more predisposed to disagreeing with the premise of Arthur Chu's article.