Megyn Kelly and the Shogun Santa 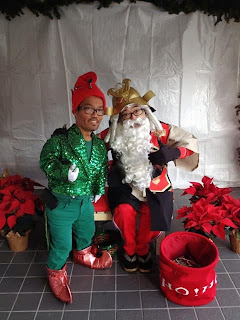 "This is simply outrageous," Megyn Kelly muttered to herself as saw the Facebook picture of Shogun Santa. She composed herself just enough to down the last bits of Coors beer left in the glass without choking, but the calm proved to be very short-lived. "Who does he think he is? I mean, Santa was a descendant of Jesus Christ, who was obviously a blond-haired, blue-eyed Anglo-Saxon who spoke English, just like me."

Megyn's voice gradually picked up an air of fury and violence. Her co-workers could sense her rage starting to boil over. "I mean, seriously! What is his deal here? How can some short, stump Asian guy pretend to be Santa when people who look like him don't even speak our language? It's so insulting to Santa, and to Jesus too! What gives them the right to do that? Do they not know what this means for our kids, our country?"

Tears began welling up around Megyn's eyes. Her face gradually turned beet red, like Shogun Santa's after a couple shots of shochu. "This is what's wrong with America today! I mean, everyone knows that Santa was a white man, as was Jesus. Everyone who's ever watched a Christmas movie knows that! But now we're letting these other people dress and act like Santa? And Jesus? Is this really what our country has become?"

The last word came roaring out of her mouth, forcing her colleagues to take shelter under their desks. The beer glass fell to the floor, shattering into dozens of pieces upon impact -- a fitting metaphor for Megyn's fragile state of mind. "So this is what they want, huh? This is what they want?" she whispered to herself, her hands firmly pressed against the news desk. "If it's a war on Christmas they want... it's a war on Christmas they'll get!"