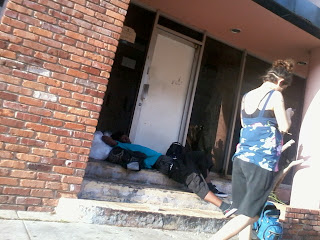 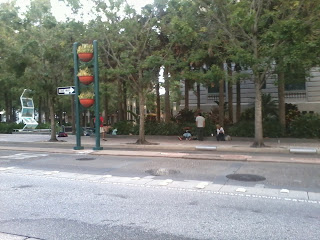 The city of Orlando announced last month that it will spend nearly $100 million on the construction of sports venues, opera houses, and convention centers within its borders. Evidently, the nearly $1 billion that the city already sunk into building those venues (plus the Amway Center) wasn't enough for the city officials, and the big business interests -- folks who really run this area -- who back them.

As for the rest of Orlando? The power brokers in town have shown time and again that they care more about people who visit the area for days and weeks at a time, and the money men who make a killing off them, rather than the millions of people who actually live here. That sort of brazen disregard for the residents, in turn, makes us believe that we don't really deserve any better, which makes it easier for the likes of Buddy Dyer and Teresa Jacobs to do as they please.

For comparison's sake, look at towns like, say, Chicago or Seattle. People there actually take pride in the places they call home. They make an honest attempt at making their city a better place to live. Whereas in Orlando, civic engagement often means little more than tweeting and writing e-mails to city/county commissioners, in the vain hope that they might read our messages, much less consider the ideas we've laid out for them. On the rare occasion when people here are roused into "action," it's for the purpose of defending the status quo of how the city is run (i.e. Orlando City owners and fans asking for public money to be used toward a new stadium).

We seldom protest or mount an organized opposition against boondoggles such as the Citrus Bowl and the performing arts center, let alone agitate for changes to the existing tourist tax policies, because the powers-that-be, with the assist from moneyed interests, have fast-tracked and pushed through so many of these luxury projects over the years that we simply retreat and accept our fate before we find the courage to actually raise our voices.

Far from fighting to make this city a place worth calling home -- particularly for those who are forced to find "shelter" on the public park benches and in the shadows of skyscrapers -- we remain content with allowing the last bits of soul and character left in this town to be sold off for trinkets. For all the platitudes about how Orlando is "The City Beautiful" and how we all "live where you vacation," our pride of place doesn't extend much farther than our front doors and backyards.

A city where the wants of its temporary visitors take precedence over the needs of its residents; where corporate welfare has become the new normal; whose future has been sold down the river to the recipients of said corporate welfare, who are inexplicably portrayed as being "benefactors" to the region; where asking questions about the sanity of the city's policy decisions, much less the motives behind them, gets you branded as a raving lunatic, instead of a concerned citizen... a city with those characteristics, built on those flimsy, defective foundations, is bound to collapse in a spectacular fashion, like trees and houses into gigantic sinkholes.

Is that the future of Orlando? 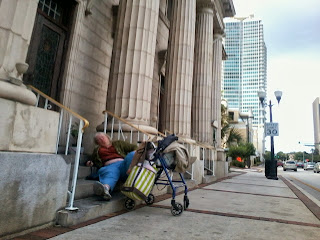